NanoPhoto of the Day – Adhesive Dreams 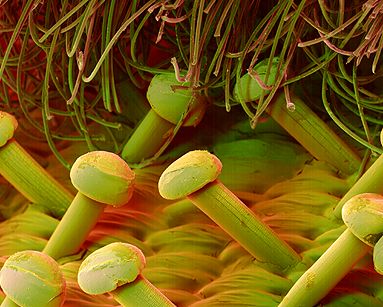 Velcro! Yep. Otherwise known as hook-and-loop material (sans copyright) and it is very interesting to see at the nano-level exactly how this wonder material works. Of course there is always duct tape which should be placed in every boy’s crib at birth. You can see how much some guys have taken to it by checking out the Duct Tape Guys.

Too old school? Then you can always go back to the shelf for some Krazy Glue or some Super Glue which is actually also used to close wounds. Who was the guinea pig for that trial?

I was always a personal fan of Duco Cement but you have to be a bit more patient with that stuff.  Goop was great for a cheap fix of a sneaker blow out.

I have used Gorilla Glue for some projects but that stuff foams up more than what pops up downstream on the Cuyahoga River beyond that stanky old Sonoco plant.

You couldn’t beat Testor’s for putting together one of these babies:

But for pure, unadulterated adhesive power I gotta go with those new type of band-aids that are clear and are marketed as 100% waterproof. Trying to get one of these little bastards off your flesh is worse than trying to get off one of those chinese finger traps that your older brother tricked you into putting onto your fingers.

My daughter screamed bloody murder when I thought I could just yank one of them off of her shin.  It may have had Barney as a decoration but it should have been the Marquis de Sade.  I thought she was just being a whiner but she wasn’t. I think I tore some flesh off getting even after soaking her in the tub for an hour. Waterproof? Believe it!  People proof too.

I put one on myself just to be certain that she wasn’t being overly dramatic. She wasn’t. It took me 10 minutes of careful prodding, pulling, dosing of alcohol (both straight on the dang band-aid and vodka for me) to get it off.  It hurt.  A lot.

If you want to go swimming and need to keep a wound dry, by all means put one of these on. But you have been warned, it ain’t coming off without a fight like what the Spartans gave to da Persians.