Only Microsoft could come with an “open” format that’s not actually “open,” but I don’t think anyone is shocked. After working hard to establish .doc and .xls and .ppt as the “standard” of course, now that others are building apps online, it’s time for MS to throw out the baby & the bathwater and make you start from scratch.

The bottom line is not many people are using MS Office 2007 yet so that’s the easy way out and unless your client is Microsoft, I think most colleagues and clients are understanding enough to save it for you as a DOC file and DOCX but of course, there are people you work with where it’s difficult for you to ask them a request because a) you don’t want to annoy them or b) they will probably crash their machine and fire you so here are your solutions so far and it’s not much of a solution so far.

I finally found a .Docx file to test out – from Microsoft, of course (though with much hunting) and a PDF of what the file “should” look like – you can download at zShare.net

Docx2doc.com. It’s now the best solution. I admit I was a little leery to try them out even though it was pretty reasonable – $5 for the first one and free through 2007 using your same email address – they let me test out the service and it’s clearly the best one. They returned both documents looking like the originals did – pretty impressive for two oddball documents – something really no one else was able to achieve. (one test file was a 4-page brochure with photos and the other had text boxes with gradient fills).

From Docx2doc.com “Once you have paid the process is automatic and instant: 1. Upload the .docx, 2. Server converts to .doc, 3. User can download the .doc file instantly

NeoOffice: Sun’s free Office-like java apps. Depending on your machine, the apps themselves probably run too slow for you to use on a regular basis but it can open .docx files though it seems to interpret fonts incorrectly. The file needed some work to get it back to the original version so you’ll have to test it against the kind of documents you normally get – of course, the problem is that unlike me who had a PDF to compare it to, you have no idea what the file should look like and the person getting it next might wonder why it differs so much from the original. It’s a massive 120 MB download – don’t forget the patch!

Not to be confused with Docx Converter, (the two word widget/online version – see below). This is trialware application from Panergy Software – $20 if you like it. Seems to work fairly well, my test document from MS was a jumble but all the text was there – and to be fair, the MS document was not exactly a typical Word doc with its boxes of gradient fills … so test it out on your docs – you get 20 conversions before the clock ticks over.

Docx Converter: Both a website converter and Widget but neither work correctly for advanced formatting. Docx Converter, the website version will convert and email it to you but the main problem was that while The original .docx file contained text in “powerpoint-like” boxes with graphics and such – all I got in return were unformatted lines of text that skipped over elements – so unless you know it was just a text file, you might not get everything defeating the purpose of the reader. You might as well just be upfront and say, I cannot read your file – can you just send it as email text or a word .DOC?

There is also a widget and while it looks nice, it too dropped all the graphic elements and a bunch of the text and it was looked exactly the same as the website/email version – again, not much of a solution … so, good attempt and I know it’s free but be careful.

Others tested out – TEXTEDIT (from Apple) 10.4 does NOT work – I’ve heard the Leopard 10.5 version works so if you’re a developer, you might be okay, the rest of us will have to wait until October.

OpenOffice also does NOT work – neither does any of the web-based online word processors (Google apps, etc …).

Yea, open standards are not really open – woohoo Microsoft. Software that confounds and annoys people – is that really a branding tag you’re going to stick with?

Oh, yes, there is one other solution – you can download a beta of Microsoft Office X or Office 2004 Reader/Converter but it seemed annoying as you had to apply a couple updaters and for me, their updaters are ALWAYS a bit wonky and might leave your Office apps in a non functioning condition – last time I updated Mac Office, it took me three days to figure why Entourage wasn’t working so unless you absolutely have to or want to and your machine is days old, here’s the MS reader/converter. PROCEED WITH CAUTION! YOU HAVE BEEN WARNED!!!!!!!!!!!!!!!!!!!!!!!!!!!!!!

So, the longer you can hold out, do so. Docx2doc.com looks to be the best solution – I did not track turnaround time so you can judge that yourself but it’s very reasonable priced and the only one that seems to retain even complex formatting. If you only get one per week, NeoOffice might serve your needs and you can try out the widget if you get mostly text-like files. If you have several a day, I would recommend you break down and buy the $20 docxConverter. If you have a spare Mac, you can download the MS converter but unless you want to risk taking down your Office apps for a couple days, my recommendation is that should be your last course of action but hey, you can always live dangerously 🙂 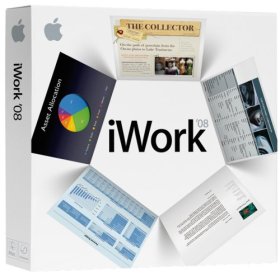 UPDATE 2: We have a review of Apple’s PAGES portion of the iWork package which will open all of the new Office Open XML formats including DOCX. You cannot save in the XML format but you can open and save in a variety of older Office formats or PDF.

7 responses to “Mac How to Open Microsoft’s New .DOCX format”