gPhone to iPhone: The 2-Minute Threat

The gPhone may be a lot of things but the last thing it is a threat to the iPhone.

First, no one knows exactly what is but let’s take every bit of rumor at face value anyway.

While the iPhone is not perfect, it is easier to use after 15 minutes than if you made an assistant read the manual, program your phone and be there 24/7 to answer any questions for any phone from Moto, Nokia, Samsung, LG, Sony, BenQ, Erickson, Blackberry, Palm, AT&T, Verizon, T-Mobile, Sprint, Nextel, and the other 100 present and deceased cell phone companies and related enterprises.

They run into trouble when they want you to traverse deeper …

Or to find this page, you have to go to ABOUT and then Google Services & Tools
(Toolbar, Google Web APIs, Buttons…) Is the “average” person going to stumble upon this as the “icon” gateway to all their services & apps? Not to mention icons that are pointless are pointless … (what does the swirly symbol mean?) 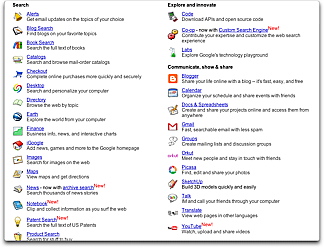 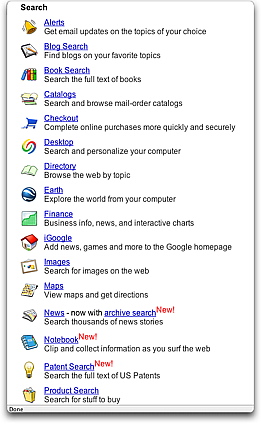 HOLY HAND GRENADE! What do you look at first? it’s just a mass of cryptic icons and WAY, WAY too much text.

It’s understandable if PICASA and YOUTUBE have dissimilar icons as they used to be indie standalone companies but your own various search icons should be designed by one person with consistency. While, you’re at it – maybe design icons not aimed at 7-year olds?

You don’t even have to speak English to understand the iPhone icons … not to mention that most of them are one button, one push – does one thing. 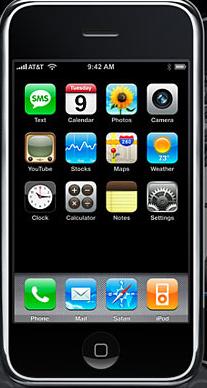 This has nothing to do with their search prowess. In viewing over 300 search engines, I can tell they are flat out Google is the best. It’s not marketing, it’s not hype. While there are some very nice niche ones that can search for a particular very narrow stripe of the internet, to get an overall feel of what’s out there, no one touches GOOGLE. I don’t really need to tell anyone this as there is a reason why they own the bulk of the searches. SEARCH is the ultimate consumer quick twitch response and choice. It takes less than 2-seconds to switch. It’s free and easy so Google earns the right to be the search engine of choice everyday and literally every other second.

But outside of the main search, Google cannot design a user interface. None of their 50 apps or other services have a consistent look & feel. People accept it because nearly all of it is FREE … but when you are asking people to pay for something? Then it’s entirely different. People will put up with a lot because it’s free but not so much when it’s not.

Sure, it will have YouTube videos but as easy to play or have an iPod as the iPhone?

The other rumor is that they will then hand it off to the phone companies to finalize it or to make it “theirs.”

Yea, why not just drop your kids off at a laundromat and come back in 6 hours?

So, how exactly would this be different than when Verizon switches off Bluetooth because they want to charge you $2.99 a month to turn it back on?

So a gPhone would just as bad or as limiting as a phone from Moto or Nokia with features turned off and an interface designed by Verizon or Sprint?

What would be the difference?

Well, people pretty much have free phones now so again, how would this be different? People have a wide range to pick from excluding the iPhone – from free older phones to cheap stylish phones to more costly phones with other features.

Okay, the next cheapest is AT&T iPhone’s rate of $20 for “unlimited” internet use (AT&T SMS is capped though you can use a browser based). Presuming, Google works out a deal where in exchange for search revenue & ads, you get free phone internet use – that’s not a terrible proposition but the problem is you would attract the audience that is of the least interest to advertisers.

You would get bottom feeders and hackers.

If you offered free internet, people would take you up on it but the phone would have to be stylish and attractive. We’ve already seen (above) Google’s design prowess when it comes to their main business – think they are capable? I’m guessing this is the gPhone ready to ship. 🙂 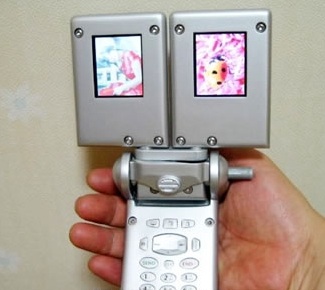 Okay, it’s not but because they are engineering geeks, you know at best it’ll be some utilitarian thing so you pretty much eliminate anyone who wants a stylish phone to use – 99% of people who are texting but don’t need the internet are happy with their phone now or will get a SIDEKICK.

Most people who want to jump on the internet who can afford one is on a Blackberry, a Treo, an iPhone or a high end Nokia. Clearly, millions of people can afford a phone for $600, why step backwards just to save a few bucks? If I offered you a crappy phone for free and free internet but you had to view some ads at startup, would you?

So, who’s left? People who are cheap or on a budget. Some of you might remember during the last dotcom bust, there were companies who offered up a free PC as long as you viewed a series of ads at startup and then surfing using their browser … the problem was you got a lot of takers but surprise, the people who signed up were cheapskates and either were unable or unwilling to buy anything from the links. This is what you will end up with here. If people are forced to click on some links to launch their phone, they might but what value is the advertising?

Advertising is valuable in context and to the right audience but you need both aspects for it to work. You can get 25,000 people at the Super Bowl to view your ad in the urinal cake but do you want to be seen that way?

Or hackers who will sign up for anything FREE because it’s free to hack open and play around with … especially if “free” internet access comes with it – so you don’t think within a day, it will be hacked so ads aren’t served correctly or results are sent to a proxy so Google derives little value? If it’s Linux, gee, I wonder if it might be cracked …

Forcing people to view ads is a losing proposition because it’s in the wrong context – you want your ad to be associated correctly otherwise, why not print up tax forms for free for the IRS but put ads through the tax form? Hundreds of millions of Americans will see it!

They are leery that Google is going to turn on their dark fiber someday or win that other wireless spectrum and compete – why put money in their pocket now?

The market is pretty well divided:

Cheap Users (How cheap? I like you but not enough to use my minutes until after 9 PM)

Can Afford What They Need (iPhone, Blackberry, smartphones)

Not much room for a phone that’s presumably not going to win design awards and certainly not for its software. This will also be a phone that is either crippled by the cell company or with free internet access if you view ads.

That is a pretty limiting audience already – while the numbers might not enough to open some doors with ad agencies & advertisers – what is small is the quality of your audience.

Applying the Google “manifesto” will not work with hardware. They’re confusing FREE as the cornerstone of their existence. Yes, free is powerful but they won’t be offering free, they are offering “free” with forced conditions – like a free vacation if you come sit in a room for 6 hours, you have to use every trick in the book – that might nab you enough sales in a locked room but it’s a lot of work and it annoys more people than you win over.

Apple is Ferrari. They can roll out a new shiny toy at anytime and people will line up.

Google – You have to be true to your company culture and blaze a new trail instead of trying to play it safe. If you’re going to do it – at least stamp your name on it and fire up the Google WiFi Max spectrum – go big or don’t go at all.

7 responses to “gPhone to iPhone: The 2-Minute Threat”