Unfortunately, it looks like we are headed into the 2nd holiday season with Wii’s not readily available. There is nary a consumer electronics store you can go into that doesn’t have a giant pile of PS3’s & XBoxes – both fine systems but who’s got that much time these days – the Nintendo Wii is the perfect FAMILY & CASUAL gamer system.

PS3 & XBox players/gamers just don’t get the Wii … to them, if they can’t spend 400 hours online playing it or if the graphics rival motion pictures, to them – that is the only criteria that counts. The Wii on the other hand takes MINUTES to understand and provides hundreds of hours of FAMILY & CASUAL fun. The most time consuming process on the Wii is waiting and deciphering the start up process … and after you’ve created your Mii (your Wii caricature on screen), theh you are set to go.

That’s not to say there aren’t great time-consuming games on the Wii like Madden ’08 or Resident Evil or even the Godfather but you can read reviews those most anywhere. The problem is that most video game reviews are written for hardcore gamers who only judge a game on its long playability, being able to go online or that the graphics are processed by a supercomputer. They just don’t get why anyone would want to jump online in 2 minutes, play for 30 minutes, not save anything and move on to something else or sure, it sounds stupid to try and rope a barrel by YOURSELF but get 6 friends (drunk of otherwise) or 3 kids (um, drunk only on sugar, of course), and it’s great fun – especially because ANYONE at that party who can wave their arms can jump in and play – no having to play soft so they understand that Right AB Up is to swing or that Right BB down is to engage their weapon … Want to swing at me, raise and swing your arms – IT’S THAT SIMPLE!

If you have friends and younger kids and you want to play along with them, get a WII and check out these games. These are NOT comprehensive reviews but just a sampler for you to read more to decide if you want or to highlight the casual games out there for the Wii. 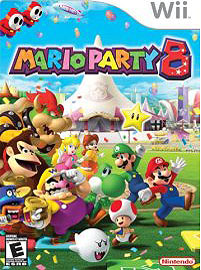 The perfect casual game – 70 mini games – and up to 4 people can play. Nothing really new but something for everyone and kids who are 5 can compete with skilled gamers … 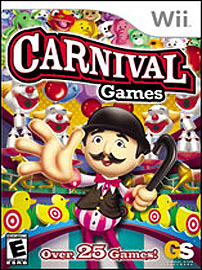 25 “carnival” games – games everyone knows how to play. (sold out in lots of places). 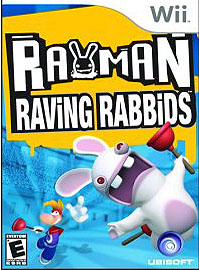 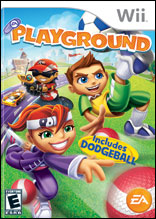 Not as many games as Carnival Games and maybe not as much fun for everyone at a party but still a pretty good choice – you get to relive your schoolyard days playing Dodgeball, Tetherball, Wall Ball, Kicks, Slot Car Racing, Paper Racers, Dart Shootout, and more … 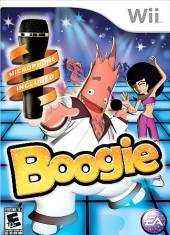 Less game and more just singing and making your own videos so great for young teens or really, really drunk adults 🙂 (includes microphone).

Play the NFL as a the little kid version of real NFL stars – Brady, Manning, Tomlinson, Urlacher, Alexander, McNabb, Rothlisberger, Young, Bush, etc … Younger kids might have problems grasping what to do but older kids and probably more specifically, older boys should like it better.

Both these are games that is either a MUST HAVE or a RUN FOR THE HILLS – you know if you want it or you would never want it 🙂 . It’s EXACTLY as advertised – sing along, sing as yourself, sing & dance with Hannah, etc … again – either exactly the fun you want or not so much …

The Dance, Dance Revolution includes the mat and uses the Wii controllers to make sure you’e using your arms correctly and of course, swing the Nintendo Wii controller to send obstructions to your opponents. 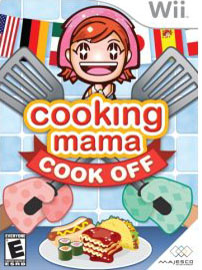 It certainly doesn’t sound like much but if your kids or more specifically, girls in your family enjoy “less intense” competition games like the pets games and so forth, they should enjoy this … it’s just a fun family game … as with a lot of Nintendo games … it’s like trying to describe why an squat Italian plumber is fun … this game just is for the right kids and families. 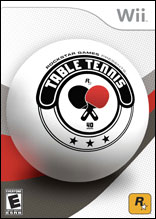 Surprisingly deep and a little more effort than expected … from easy to master and 19 different arenas, 11 different players and 4 different game modes so you definitely get your money’s worth. Easy access but value for those who want to build and sustain a character.

Great fun – only thing better is the Wii lightsaber accessory was out. Includes all 6 movies in one game for the first time.

Pretty fun truck rally game – driving & flying – not much planning or thinking ahead. Be nicer if it came with a steering wheel but works pretty well with Wii remote.

Pretty fun – though definitely for fans of the movie and in particular, younger kids – because you can just drive around the twon and explore without it being some intense competition. Nice & cute – not great but still fun and now valued priced at $19.99, a great deal. There is a new Mater-National CARS game that is mostly racing. Just coming out so you can check it yourself. 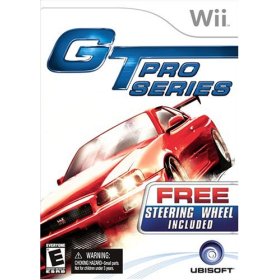 The wheel doesn’t clamp down to a table and it feels a little weird in the beginning but eventually you forget. Not a great game but value priced and boys and guys who want a driving game without too much thinking required & is pretty fun. 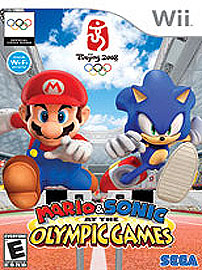 Parts are fun but it’s actually hard work and some competition is not very easy to grasp for casual/party gamers or young kids. 20 events to master with dumb unlockable stages (how about we get the entire game we paid for?). It’s okay but more complicated than it should be – we’re running as a hedgehog not Carl Lewis – why so serious about keeping score & competition? Can be a good workout but not much too hard for party/kids gaming. Disappointing.

Me’h – RENTAL is okay for the following …

The bowling portion of WII SPORTS (included with your Wii console) is pretty nice and too realistic (somehow, the scores are EXACTLY like my scores in real bowling! I can roll a 201 followed by a 63 with the greatest of ease!) … so you would think a full game devoted to bowling would be even better and more fun but this one is pretty dull. If it were priced like the PS2 version at $14.99, I would say – not great but worth $15 but the Wii version is priced at $39 – um, no thanks. Rental if your party is a bowling theme.

Haven’t played it so I can’t say either way but it does come with the fishing reel accessory.

Our other post covers bundles accessories & well as Wii bundles.

You can plug up to 4 “Wiimotes” into your Wii. You get 1 with the console.

You can plug-link 1 Nunchuck into each Wiimote – up to 4 Wiimotes and/or 4 Nunchucks.

The Wii Zapper is a gun peripheral that allows the user to insert a Wii Remote and Nunchuk, both sold separately, into either end and play a compatible game. The control stick on the Nunchuk controls player movement (on stages that allow player movement), while aiming the Wii Zapper moves the targeting reticule on the screen. The Zapper comes with Link’s Crossbow Training, which helps to familiarize the player with the Zapper in a shooting gallery style game. Link’s Crossbow Training contains three game styles: target shooting, defender and ranger. DOES NOT COME with Remote or Nunchuck.

While you don’t really need a Gun for most of the casual games, if you plan on playing Resident Evil 4, Call of Duty 3, or Metroid Prime 3: Corruption – you might need a gun, this gun, or this one, or one with a target laser.

From Core Gamer or from eforcity. The only table top wheel for a Wii so far.

If you are connecting to an HD set or most sets, you’ll noiced the improved picture quality with component cables – either of these choices are fine:

The Nintendo Wii has built in WiFi and its sense, search and setup process is VERY Apple like – mistake proof – once you plug in your Wii, you are set to go after a few minutes.

HOWEVER, if you do NOT have a WiFi hub/network in your house – you will need this which converts your wired internet access to an unwired version through your USB hub. You DO NOT need internet access to use your Wii, you do lose the ability to upgrade your Wii, you cannot access the oldies/classic store and stuff like the weather or sharing your Wii (the actual internet access requires an additional fee) so if you don’t want to set up a wifi hub, you can use this stick to create a wireless wifi hub. It does not work with every PC (because of your setup or firewall) but it might be better than nothing …

So again, if you have WiFi in your house, do NOT buy this.

The latest upgrade activated the keyboard feature so if you like, you can add a keyboard for web surfing. It’s definitely not a necessity unless you plan on spending a lot of time online with your Wii (the Wii Opera browser area is a separate paying area). While most low-end USB keyboards should work, here are two that have been tested (not be me) with claims that they work with the Wii: 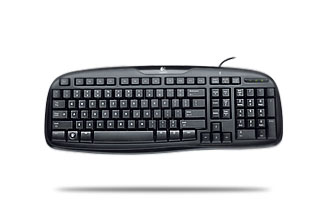 If you’re interested in the business angle of the video game console fight, here’s our take on it.

Also – Older Nintendo Wii owners, Nintendo is offering a free Wii Remote Jacket so the remore controller isn’t quite as slippery. It’s free with free shipping. Log in with your serial number to this website.

Your serial will look something like this on the side of your Wii.