Several people have reported in that Wal Mart has raised the prices of CARS from $2.97 to $3.47 – substantially more than the trade/wholesale price increase of 8% from Mattel.

“It’s a good news – bad news day at our area WMs. At 2 of them the Mattel Rep came in yesterday and picked up the singles peg warmers and replaced them with “newer” Cars. The newest release in the swap was Chuki. The bad news, the price increase is finally here at WM. The singles went to $3.47. The Mini’s and Gift Packs went up $1.00. The dept. mgr. said that they had to scan in all of the ones left after the swap. They are still coming up $2.97 at the register. The “newer” ones the Rep left are coming up $3.47. Another area store needs the Rep to pick up about 25 Blimps. She hasn’t hit that store yet.” 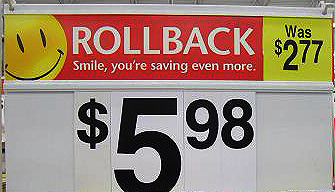 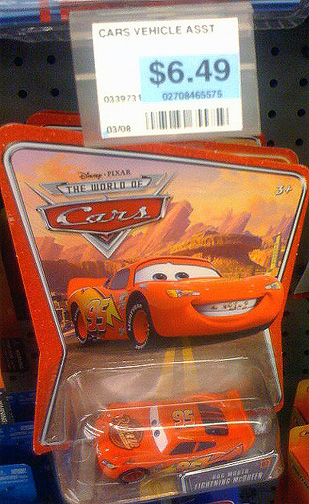